The Cygnus Trio was formed in 2012 by three students at the Royal Academy of Music. Having played together as a duo in Spain, violinist Javier Montañana and pianist Cesar Saura met cellist Hannah Lewis, with whom they discovered a like-minded approach and a shared enthusiasm for chamber music.

Over the last ten years, the trio has studied with internationally famous performers, competed successfully in various competitions, and performed widely in Europe and the UK. From 2017 to 2020 they participated in the specialised chamber music courses run by the Accademia Walter Stauffer in Cremona (Italy), working closely with members of the Quartetto di Cremona. They have attended many other chamber music courses and masterclasses in the UK and Europe, and have been coached by world renowned musicians such as Pascal Devoyon, Raphael Wallfisch, Krzyzstof Smietana and Sergei Bressler. In 2019 and 2020 the trio was invited to take part in a series of masterclasses with Alfred Brendel in Pistoia (Italy).

The trio has received received prizes in various international competitions including the Anton Garcia Abril chamber music competition and the Ecoparque de Trasmiera competition. In the summer of 2022 they were awarded the Recording Prize at the Filippo Nicosia Award, in Italy, and in 2023 will be recording their first commercial CD for Da Vinci Records with an accompanying programme of concerts. The trio has also performed in numerous festivals and concert series, including the Santander International Festival, the Panticosa International Festival (as resident ensemble in 2017), the Archipelago series at the Auditorium Lo Squero in Venice, and the Omaggio a Cremona series at the Teatro Ponchielli in Cremona. In 2018, the trio was invited to join as members the Dimore del Quartetto organisation, providing them with an opportunity to perform all over Italy.

Following an invitation to participate at the opening of an art exhibition in Spain, where they paired a Schubert programme with illustrations of Winterreise, the trio has become fascinated with linking music to other art forms, and sometimes use art and poetry to shape their concert programmes. Over the last few years, the trio has fully relocated to London, and is now focused on expanding its performance opportunities in the UK while maintaining its activities in Europe. 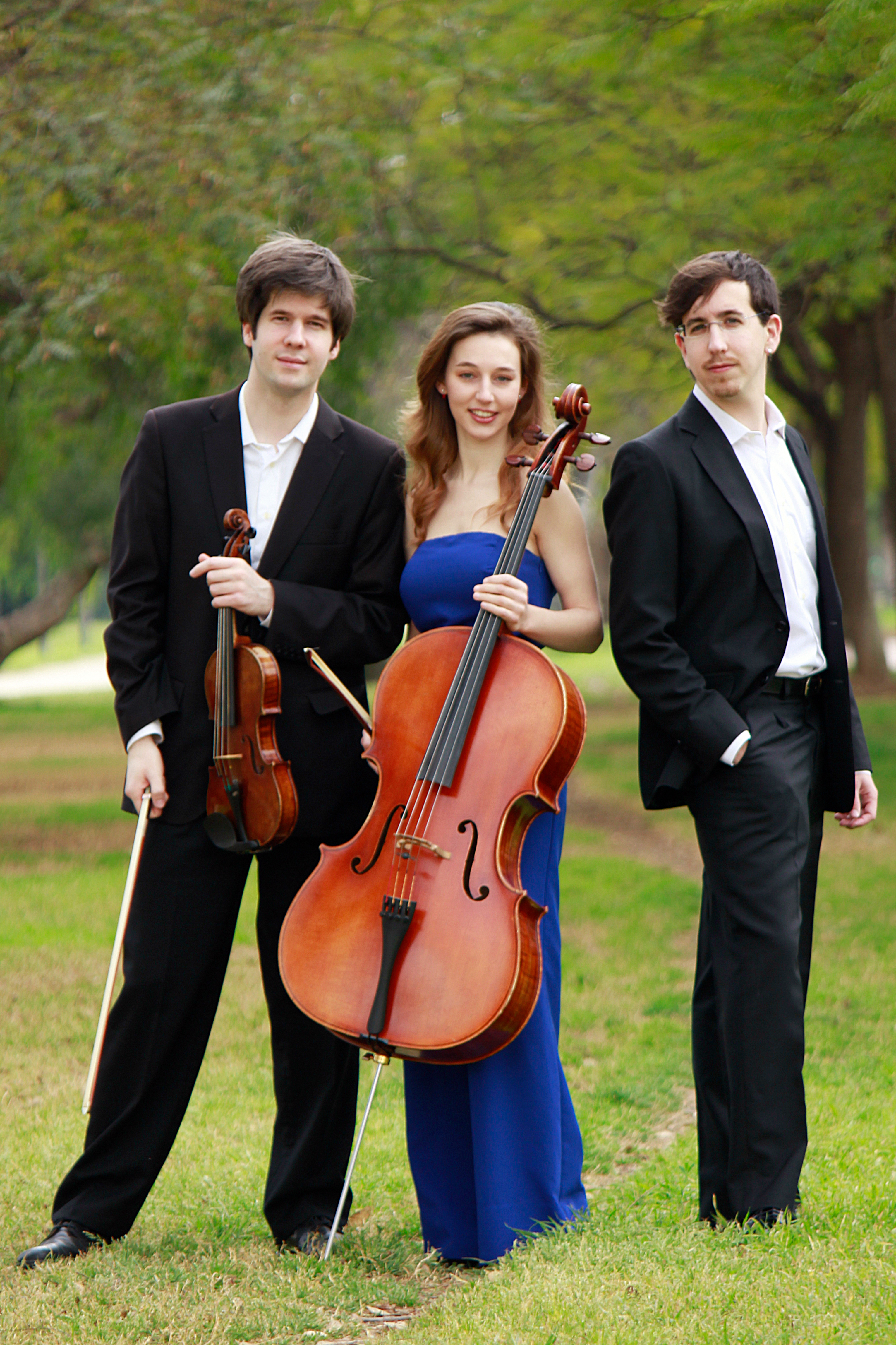